Based in NYC, and featured on VH1's THAT METAL SHOW, Judas Priestess is the band with the 'buzz' and highly critically acclaimed. Everyone from actual members of Judas Priest to your average rocker instantly falls head over heels in love and in awe of their chops, showmanship and their hot new take on classic metal.

The band religiously packs houses and events with frenzied fans all over the world. These girls are always a crowd favorite at everything from clubs and theaters to family events and festivals. They recently toured Canada, California and Alaska, they annually headline motorcycle events, such as, Myrtle Beach Bike Week (SC), Laconia Bike Week (NH), Ocean City Bike Week (MD), The Indian Larry Block Party (NYC), Dee Snider's Bikers For Babies (NY), as well as various events for Harley Davidson. The band plays Hard Rock Cafes around the US and were even hired by LIRR/ MTA to perform inside NYC's historical Penn Station on a weekday during rush hour!

The girls have opened for Twisted Sister and Pentagram, and have been joined onstage by Corey Glover (Living Colour), John Petrucci (Dream Theater), Richard Christy (Iced Earth, Howard Stern show), grunge goddesses L7, Tony Harnell (TNT), members of The Bouncing Souls and The Plasmatics and Metal Mike (Halford, Sebastian Bach.) Judas Priestess has been featured on Global TV, in High Times magazine, Guitar World and Thrust magazine as one of the top female rock bands in the world today. 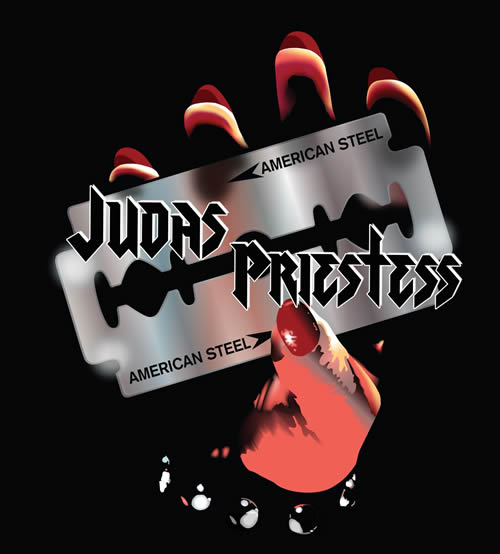