A Nashville, Tn. based 5-7 piece band of professional musicians that offer up a true Carlos Santana concert experience.  (Note: Additional Vocalists are an option)

The core 5 members include:

Jose, son of a Mexican immigrant, was home schooled on the guitar by his father who was a Guitar Professor at Northern Ky. University. Jose spent 19 years in Nashville, Tn working as a studio musician and vocalist.  He is a former  20th Century Fox &  Columbia Records recording artist.  Jose has appeared on radio & Television numerous times during his career.  Lastly, as the owner of Home Tree Studio in  Murfreesboro, Tennessee, he is active in Music /Video production, Film Scoring and Artist development.

Frank studied at Kent State University School of Music.  As a sponsored Sonor Drum  representative, Frank has worked with Steve Smith (Drummer for Journey) and many others. Additional endorsements include  Toca percussion, Gretsch Drums and Taye Drums .

This veteran drummer has toured with Bo Diddley while being endorsed by Sonor, Sabian & LP manufacturers.

Steve  is a true Road Warrior. He has many years uder his belt playing in local Cincinnati bands.

7 No One to Depend On

19 Angels all Around Us

With Optional 1-Female or 2 Male Vocalists

33 While my Guitar Gently Weeps 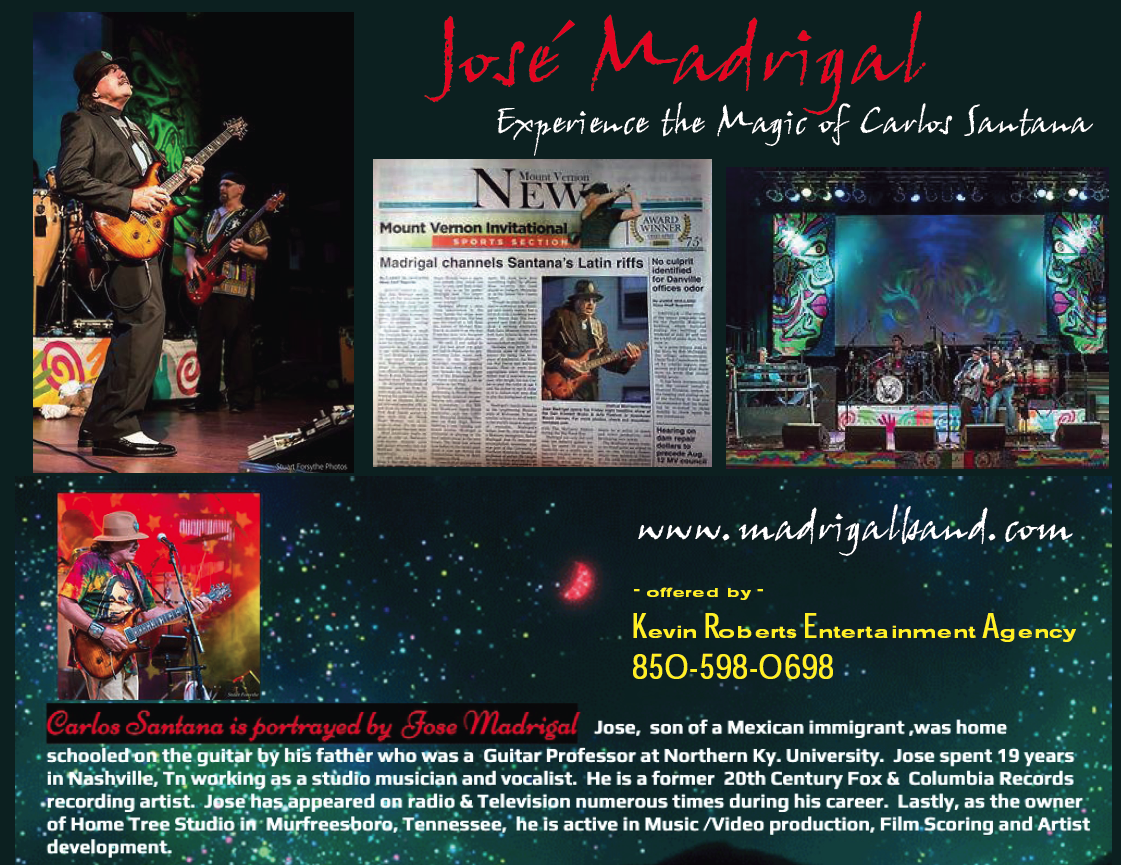